Justin Artis ’11 was named NWC Student Athlete of the Week for men’s basketball in early December after he averaged 13.7 points, 4.7 rebounds and 3.7 steals to help Whitman win three games in one week in California. The young Whitman team posted a 9-4 season start – the best for the men’s program in two-plus decades.

Kelly Peterson ’13 was named NWC Student Athlete of the Week for women’s basketball in mid-December after the first-year guard combined 14 points and 13 rebounds in a victory over Eastern Oregon University.

Charlotte Graham ’13 was named NWC Student Athlete of the Week for women’s swimming in mid-January after winning three individual races and contributing to two relay victories as Whitman swept a pair of dual meets. Earlier in the season, Graham teamed with Lauren Flynn ’11, Katie Chapman ’13 and Helen Jenne ’13 to break school records in two relay events, one of which had stood for 17 years. Both the Missionary women’s and men’s teams opened the season with 5-0 NWC dual meet records to forge the best start in the history of a program that started in 1969.

Late this season, the men’s team edged Puget Sound in a dual meet for its first victory over the Loggers since that school joined the NWC in the late 1990s. Kevin Dyer ’13 and Chris Bendix ’12 finished one-two, respectively, in the 1,000-yard and 500-yard freestyle races to spark the victory. Jamie Nusse ’11 also won the 200-yard freestyle. 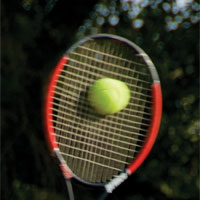 By late February, the Whitman men’s tennis team had won 53 consecutive NWC regular season matches dating back to the spring of 2006. Check out the team’s progress at www.whitman.edu/athletics.

Mark Michaud, a first-year assistant coach with the Whitman baseball team, has been named pitching coach for the Walla Walla Sweets, a West Coast League (WCL) expansion franchise set to play its first season this summer at Borleske Stadium. The WCL, which has nine teams scattered around the Northwest, focuses on developing college players for professional baseball.