Patricia Maring Connor ’50 has written her second book of poems. “On Days Like This” will be published in spring 2010 by Loon Feather Press, Bemidji, Minn. Her first book of poems, which were love poems to her husband, was titled, “What We Have Become.” 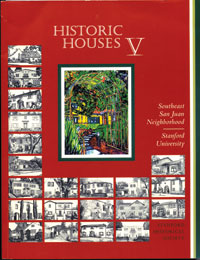 Miriam Willits Palm ’66, Stanford University librarian emerita, has worked several years as a researcher and writer for a series of books published by the Stanford Historical Society, the latest of which, “Historic Houses V,” was published in 2009. Palm tells us “two Whitties appear to have been neighbors” on the Stanford campus: Walter Crosby Eells, Whitman class of 1908, and William Martin Proctor, class of 1901, built campus homes next door to each other at 735 and 747 Dolores St. Eells, grandson of Whitman founder Cushing Eells, was a professor of mathematics and education at Whitman before moving to Stanford in 1927, where he earned his doctorate and became a full professor in 1931. After he left Stanford in 1938, he held a variety of posts in Washington, D.C., including adviser on higher education to the supreme commander of Allied Powers in Japan (1947-51). Proctor, a Congregational minister, earned his doctorate in education from Stanford in 1919. He began his career there as a teaching assistant, rose through the ranks to full professor, and died at Stanford in 1937. Eells and Proctor earned honorary degrees from Whitman, in 1938 and 1934, respectively. Visit the Stanford Historic House and Garden Tour or contact Miriam at mwpalm@stanford.edu. 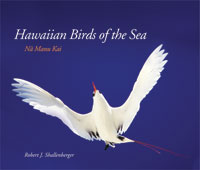 Robert J. Shallenberger ’67 is a conservation biologist with a passion for wildlife and photography. In his recent book, “Hawaiian Birds of the Sea: Na Manu Kai” (University of Hawaii Press, November 2009), Shallenberger, who earned his doctorate from the University of California, Los Angeles, for his research on Hawaiian seabirds, offers more than 135 brilliant photographs of these majestic birds interspersed with reflections on the “lessons learned during many years spent in seabird colonies.” What emerges is not only “a delightful experience for the eye” but an informative and “engaging personal perspective on life with seabirds.” Schallenberger is currently the Hawai’i island conservation director for The Nature Conservancy and vice president of the Hawai’i Wildlife Center. His photographs have appeared in National Geographic and other magazines and books. 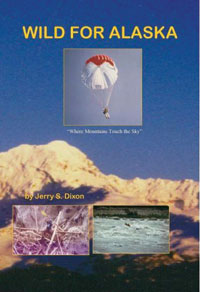 Jerry Dixon ’70 is the author of “Wild for Alaska.” Dixon has climbed Stok Gangri Est (20,000 feet) in northern India, Imje Tse (20,500 feet) in Nepal and traversed the Alaska Range summiting Denali. He has traversed 11 Alaska mountain ranges, is training to climb Kiliminjaro in Africa, and he will be working on the Iditarod Trail out of Seward. “I wrote $75,000 in grants, brought 3,000 students to the SeaLife Center and was on the Science Advisory Board for seven years." 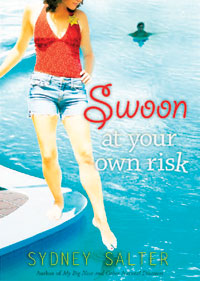 Sydney Salter ’90 is the author of “Swoon At Your Own Risk,” a humorous, coming-of-age novel for teens. After a junior year of dating disasters, Polly Martin has sworn off boys. Now she’s just trying to survive her summer job at Wild Waves Western-themed water park (under the supervision of ex No. 3, Sawyer Holmes) and focus on herself for once. (Houghton Mifflin Harcourt/Graphia, April 2010) Other books by Sydney Salter include “My Big Nose And Other Natural Disasters” (Harcourt/Graphia), and “Jungle Crossing” (Harcourt). See mybignose.blogspot.com.