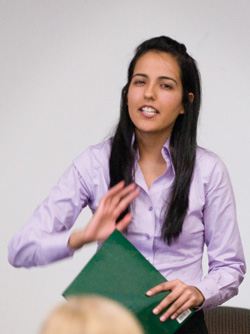 Caption: Navdeep Aujla ’11, who earned a Pickering Undergraduate Foreign Affairs Fellowship, presents her research at the Whitman Undergraduate Conference in 2010 on the 1953 coup in Iran and its effect on Iranian-American political relations.

Nadim Damluji ’10 and Seth Bergeson ’10 were two of 40 students in the nation this year awarded a Thomas J. Watson Foundation fellowship. In all, Whitman students and graduates earned awards in 18 different fellowship, scholarship and grant programs.

Whitman students also received a Killam scholarship, Princeton in Latin America (PILA) fellowship, DMI Scholars award and Roosevelt Institute fellowship. It was the college’s first participation in each of these four award programs.

“Two of our primary goals this year were to expand the range of awards on our students’ radar and to work with more alumni,” said Keith Raether, director of fellowships and grants. “If we’ve succeeded, it’s because of the enterprise of our undergraduates and the abiding relationship Whitman enjoys with its graduates. I’m amazed by their resolve in the face of the stiffest competition in the history of most of these awards.” 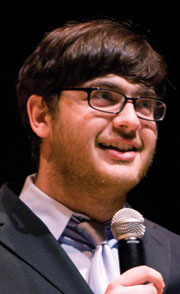 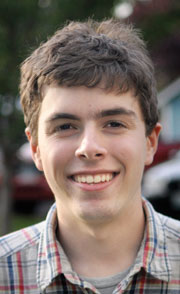 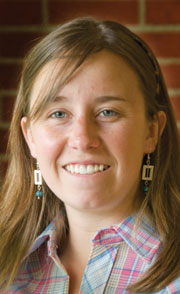 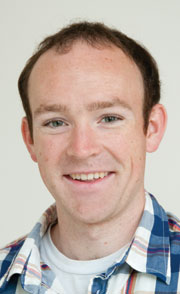 Here is a look at several recipients and where their awards will take them:

For the latest award news, visit the Office of Fellowships and Grants.