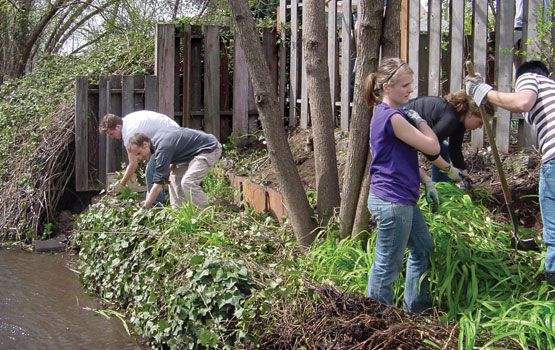 Environmental consciousness is the norm at Whitman. So it’s not for fame or recognition that students restore streams; craft clever ways to compost dining hall waste; replace thousands of energy-wasting light bulbs; raise funds to install rooftop solar panels; or live, learn and recycle campus cast-offs at an interest residence called “The Outhouse.” 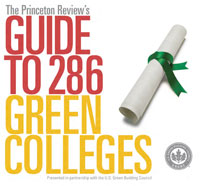 Still, it’s nice to be noticed for vital work well done. The Princeton Review’s 91-point “Green Rating” of Whitman, announced this spring, does just that. “The Princeton Review’s Guide to 286 Green Colleges” lists colleges, including Whitman, that ranked in the 80th percentile or higher out of the 697 schools evaluated. The rating is a numerical score from 60 to 99.

The free guide, published in partnership with the U.S. Green Building Council, points to Whitman’s: