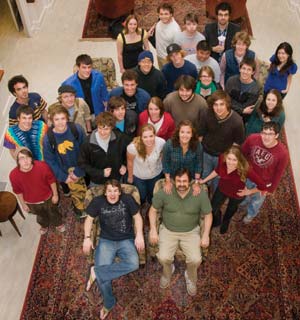 Members of the debate team gather in the Hunter Conservatory atrium to celebrate their success. 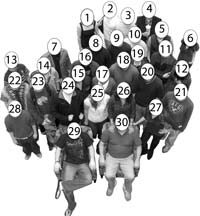 Whitman beat out 252 other schools to earn the parliamentary honors this spring at the National Parliamentary Debate Association (NPDA) Championship in Lubbock, Texas, where Nigel Ramoz-Leslie ’11, of Seattle, and John-Henry Heckendorn ’12, of Andover, Mass., placed fifth.

“Whitman debate has improved my public speaking, analytical reasoning and research abilities,” said Straus, who believes the skills he developed will serve him for the rest of his life. 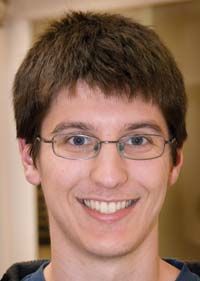 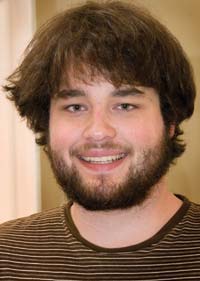 “Of course, debating in the final round of the CEDA national tournament and making close friends” also rank as great rewards for three years of hard work on the team, he said. Perhaps, though, the most memorable debate for the seniors was the team’s defeat of No. 2 Northwestern at the Dartmouth Round Robin in January 2010.

“We had worked for years to be invited to debate’s most exclusive and prestigious tournament and spent several months crafting the right strategy for defeating Northwestern. Then everything came together,” Cohn said. “The most rewarding debates are always those where the relationship between hard work and success is most evident,” he said.

“It’s difficult to untangle anything about me — from how I write to how I think about problems — from the profound influence of my debate experience,” said Cohn, who also competed in debate during all four years of high school. “Every opportunity that I am fortunate to have — from getting into college to what I’ll do next year — is possible because of debate. I don’t want to know where I might be without it.”

“We had worked for years to be invited to debate’s most exclusive and prestigious tournament and spent several months crafting the right strategy for defeating Northwestern.”
— Nate Cohn ’10

Cohn does know where he will be next year because of it: at work as an intern at the Center for Strategic and International Studies, a bipartisan foreign policy think tank, in Washington, D.C., and as an assistant debate coach for Georgetown University. Straus will move to New York City, where he plans to work as a paralegal while preparing for law school.

Jim Hanson, professor of forensics and debate coach since 1992, believes this year’s overall team strength is a direct reflection of all of the students’ hard work, and the good argument strategies encouraged by coaches Aaron Hardy and Nick Robinson.

In the heat of debate with such schools as Harvard and Dartmouth, Whitman debaters consistently “show their liberal arts breadth of knowledge and make precise, well-thought-out arguments,” he said.

“Given the period in which the debate team has been successful, and the difficulty of sustaining that level of success, the answer must lie in Jim’s ability to build a real team atmosphere and inspire debaters to be involved, committed and invested in their success.”

Were you a Whitman debater? Watch the Reunions page for details about the Whitman Debate Reunion set for April 2011.