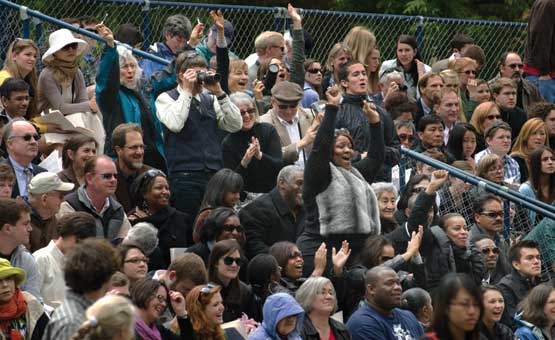 Smiles, bouquets and proud tears were abundant at the close of Commencement 2010

The Class of 2010 — 369 strong — drew the cheers and support of family, friends, faculty and staff at Commencement on May 23.

Full text and video of Commencement and Baccalaureate speeches are online here.

At Baccalaureate on May 22, NASA astronaut Dottie Metcalf-Lindenburger ’97 shared thoughts about her journey from the Walla Walla wheat fields to space. She presented to President George Bridges the Whitman College banner (shown at right) that she carried on her April 5, 2010, NASA shuttle mission to the International Space Station.

“I stand here as one of the few that has returned from ... space,” Metcalf-Lindenburger told graduates. People have asked if the experience changed her. “It only strengthened my priorities of family, education, travel and service,” she said. Priorities, she noted, that were reinforced at Whitman.

As they reflected on the notion of saving the world, Baccalaureate speakers Lisa Curtis ’10 and Camila Thorndike ’10 asked, “How can we serve our community, our nation and the whole Blue Marble that our famous Whittie astronaut has seen from space?” After a Google search revealed 244 million results for “how to save the world,” they concluded that the journey is a personal one. “We are graduating Whitman with the tools to make a personalized search” to determine how best to make a difference. 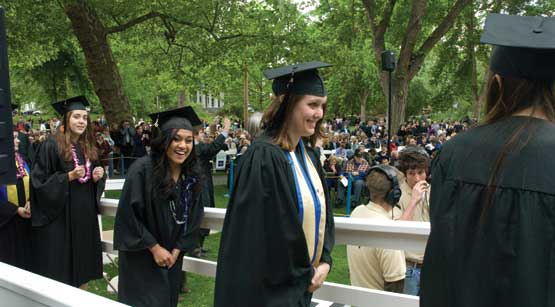 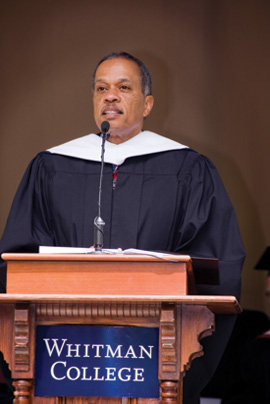 Juan Williams, noted author and journalist, gave the Commencement address and was awarded an honorary doctor of humane letters degree. 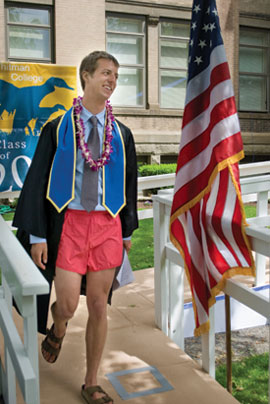 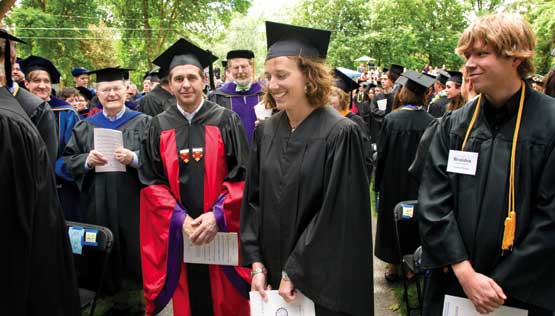 Dottie Metcalf-Lindenburger ’97, right, and James Hayner, center in red, proceed to the podium. Whitman bestowed upon Metcalf-Lindenburger the Civis Magnopere Laudanda Award for “Citizens Worthy of Highest Praise.” Hayner earned an honorary doctor of humane letters for his more than 25 years of dedication to the college as its longest-serving trustee in history. 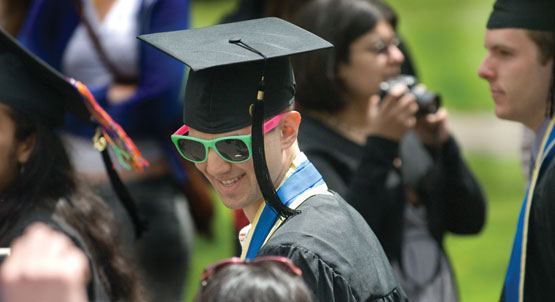