This spring Ruth Spangler ’71 published “Friends, When in Doubt — Read More: The Collected obiter dicta of Thomas D. Howells,” items selected and compiled by herself and Nancy Priest Valaas ’68. Spangler wrote about this dear-to-her-heart project in the December 2009 Whitman Magazine.
Now she writes: “It might amuse you to know my son, a major Howells fan, has given Tommy Howells a Twitter presence.” Read more at Howells reaches new generation through Twitter

Mary Willis Randlett ’47 reports that her photography will be included in the book, “The Car That Brought You Here Still Runs,” about poet Richard Hugo, written by Frances McCue (University of Washington Press, summer 2010). 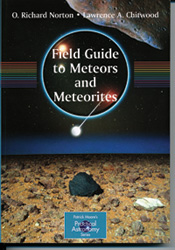 Lawrence Chitwood ’65, who died in January 2008, has been honored by the Geoscience Information Society for the book he co-authored with O. Richard Norton. The “Field Guide to Meteors and Meteorites” was named the best reference book for 2009 by the GSIS; Chitwood took many of the photographs that were included in the book. Norton, who also died shortly after the book was published, dedicated it to Chitwood, “co-author, colleague and good friend, who died suddenly shortly after this book was completed. His passion for minerals in meteorites, expertise in the use of the petrographic microscope and remarkable ability to make this complex science understandable contributed greatly to the production of this book. He will be sorely missed.” 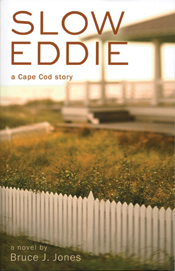 Bruce J. Jones ’67 sets his first book on his home turf, Cape Cod. “Slow Eddie” (iUniverse, 2010) is a story of “friendship, race, class, love and loss” that unfolds on the Cape, where Eddie is a bike-riding school teacher. The story follows Eddie’s life from the death of his mother when he was 8 through the day-to-day challenges of friendship and teaching young people. As he copes with life’s twists and turns — he is in love with his college friend’s wife and a favorite student commits suicide — Eddie takes the reader on a physical journey into the Cape Cod countryside. “This is a Cape most never see — quiet roads, lovely neighborhoods, lush forests, fields recently hayed, horses grazing, ponds sparkling, box turtles crossing hot pavement,” Jones writes in the book. He is associate director of admission in Whitman’s New England Regional Office and an award-winning Cape Cod writer, who, in addition to this book, has published in the New England press and periodicals. 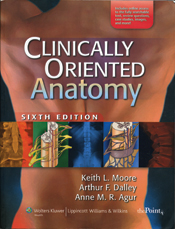 Arthur F. Dalley ’70 is the co-author of two anatomy textbooks and one anatomy atlas, all of which have recently released editions. The sixth edition of “Clinically Oriented Anatomy,” which Dalley co-authored with Keith L. Moore and Anne M.R. Agur, was released in 2010. A book review in the “Journal of the American Medical Association” described it as the “most complete textbook of clinical anatomy available today.” Dalley also co-authored “Essential Clinical Anatomy,” with the fourth edition to be released in 2011, and “Grant’s Atlas of Anatomy,” for which the 12th edition debuted in 2009. Dalley attended Whitman for three years and graduated from the University of Utah, where he received his doctorate. He is a professor in the cell and developmental biology department at Vanderbilt University, where he also teaches orthopedics and rehabilitation, and serves as director of the Structure, Function and Development Program, Medical Gross Anatomy and the Anatomical Donations Program.

Lesley Johnson Farmer ’71 had her 26th book published. It was co-authored by one of her librarianship program graduates, Marc McPhee. Their book, “The Neal-Schuman Handbook of Technology Management for School Library Media Specialists,” provides practical advice for optimizing the use of educational technology assets. 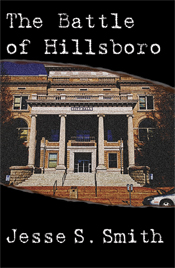 Jesse Smith ’97 authored “The Battle of Hillsboro” (Basementia Publications, January 2010). From the publisher, “This is a gripping new thriller. The cinematic story involves a group of underemployed and overeducated young men who want more out of life, and decide to take it at gunpoint. Inspired by famous figures from history, they set out to attain greatness by starting a war.” The novella alternates between strategy and action as the friends develop and implement their plan. The tension builds as they pull off a series of heists and armed robberies to fund and arm their growing militia. Smith and his family recently moved from Portland, Ore., to Olympia, Wash. 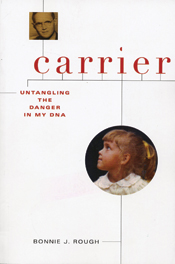 Bonnie J. Yocum Rough ’00 is the author of “Carrier: Untangling the Danger in My DNA” (Counterpoint, 2010). After a positive test result confirms Rough as a carrier of the genetic condition hypohidrotic ectodermal dysplasia, or HED, she sends herself on “a journey deep into her family’s past in the American West” as a way to better understand the disorder that hides invisibly within her. Her grandfather Earl, who lived a tortured life and died alone and penniless at the age of 49, rests heavily on her mind as she and her husband consider having children and the wrenching decision of possibly passing HED on to the next generation. HED causes abnormal development of structures including the skin, hair, nails, teeth and sweat glands, and has been linked to breathing and other problems. “Carrier” provides a window into the life of a family affected by this genetic condition, and the moral dilemmas they face as medical advances allow them greater insight into the condition. Rough earned her master’s degree in fine arts from the University of Iowa and is a trained birth doula.