Time for an upgrade

After five months of intensive labor, the Memorial Building clock tower seismic renovation was completed in late October 2010. The project was engineered to reinforce the masonry structure. It required removal of the bell, which was restored and returned to its home, and installation of new clock faces. The front steps and reproduction front-entry doors harken to an earlier era. The structural and aesthetic improvements will help assure this Whitman monument remains standing for at least another 110 years, said Jeff Donahue, construction project manager.

Click to view photo gallery:
Time for an Upgrade 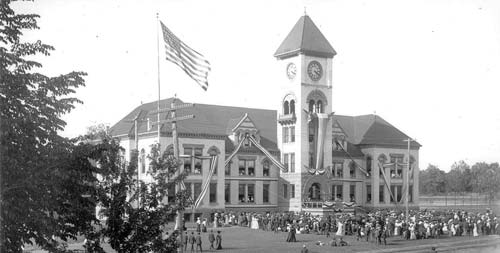 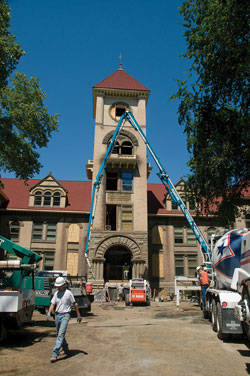 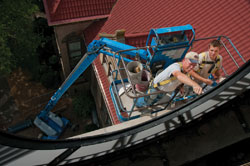 To reinforce the tower against potential earthquake damage, steel rebar was fitted and about 8 inches of concrete (600 tons) was sprayed on the inside walls. 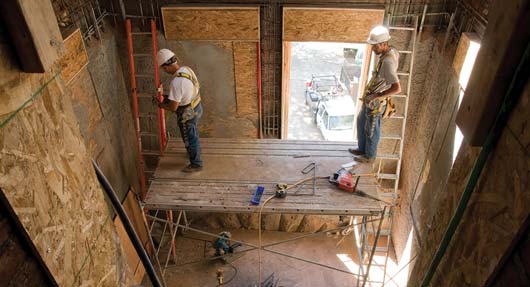 The old bell was reset on a new mount made of original timbers. 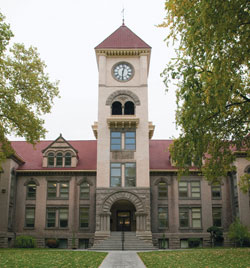 The clock tower was sandblasted to restore the brick face to its original look and color. 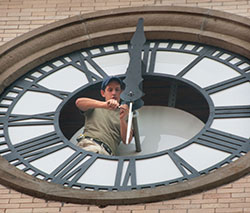