Ann Ronald ’61, foundation professor of English emerita at the University of Nevada, Reno, is the author of nine books. Her latest, “Friendly Fall Out 1953” (University of Nevada Press, 2010) combines the history of atomic tests in the Nevada desert in 1953 with “fictional vignettes that explore the impact of the tests on the people who participated in them and on civilian ‘downwinders,’” according to the publisher’s website. The stories are told through the perspectives of military personnel, scientists, ranchers and others. Ronald “evokes the test explosions in all their terrifying magnificence and explores the diverse and sometimes conflicting emotions of a generation that saw atomic energy as its best protection against the horrors of another world war,” even to the sacrifice of innocent people, wildlife and livestock. Ronald is the author of “The New West of Edward Abbey” and “Earthtones: A Nevada Album” (University of Nevada Press). 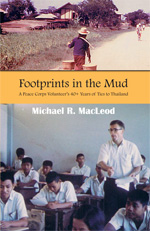 “Footprints In the Mud: A Peace Corps Volunteer’s 40+ Years of Ties to Thailand” is a memoir by Michael MacLeod ’64. The author began his Peace Corps teaching assignment in 1964. At the end of his four-year tour, a Thai colleague reminded him that he had left a favorable impression and good works but also that Thailand would have a lasting hold on his heart. “That has been true for more than 40 years of various teaching, research and travel experiences. This memoir tells stories of adventures, people and teaching. Besides being an expression of a love affair with things Thai, it testifies to the truth that most effective teachers are made, not born.”

Jim Nelson ’67 had his first novel, “The Red Island,” published (iUniverse Inc, New York, 2010). Harvard entomologist Trygve Lindstrom can’t refuse a mysterious invitation to attend a London conference for “the greatest scientific expedition in history.” A powerful pharmaceutical company is funding prominent scientists for a year’s sabbatical to biological hotspots to collect specimens for potential miracle drugs. “Lindstrom’s assignment is a dream come true: collecting rare insects in a remote corner of Madagascar, The Red Island. Lindstrom befriends a reclusive Malagasy tribe called the Rock People and begins sending hundreds of new and rare insect specimens” to the company, which is “looking for the fabled fountain-of-youth insect and will stop at nothing to exploit it, if it exists.” 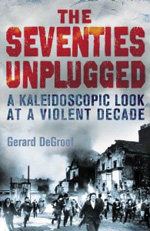 Gerald “Jerry” DeGroot ’77 is the author of “The Seventies Unplugged: A Kaleidoscopic Look at a Violent Decade” (Macmillan, August 2010). Also the author of “The Sixties Unplugged,” DeGroot is professor of modern history at the University of St. Andrews, where he has taught since 1985. An American by birth, DeGroot moved to the United Kingdom in 1980. He also is the author of books on the history of the 20th century, including “The Bomb: A Life,” which won the RUSI Westminster Medal, awarded in Britain to the best book published in the English language on a war or military topic. He is a regular contributor to newspapers and journals. 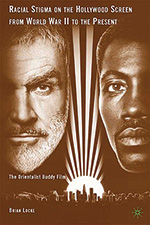 Brian Locke ’87 is the author of “Racial Stigma on the Hollywood Screen from WWII to the Present: The Orientalist Buddy Film” (Palgrave Macmillan, 2009). “Locke’s innovative model of the ‘racial triangle’ challenges the conventional wisdom that understands race in America in binary terms. ‘Racial Stigma’ makes a valuable contribution to the field of comparative race studies by showing how Hollywood has often depicted black and white Americans transcending their mutual animosity by joining together against an Asian threat. This is a fresh, provocative argument that allows us to see popular cinema and American race relations in new ways,” writes author Christina Klein of Boston College. 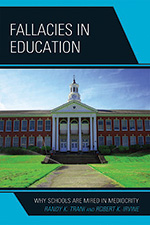 Robert “Bob” Irvine ’90 and Randy Trani have co-authored “Fallacies in Education: Why Schools are Mired in Mediocrity” (Rowman & Littlefield, January 2010). The book argues for a complete reassessment of the ways schools are conceived, organized, operated and managed. Trani, as principal and superintendent, transformed the Corbett (Oregon) School District from one of the lowest performing schools in the state to one ranked fifth best in the nation by Newsweek in 2010. The book discusses the methods of that transformation and the logic behind them. Irvine is the vice president of PARC Resources, a consulting firm focused on development, especially for tribes, nonprofits and rural governments. He is a resource faculty member at Eastern Oregon University and an adjunct faculty member at Blue Mountain Community College. 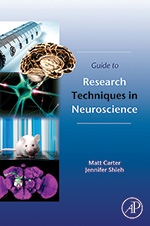 Matt Carter ’00 is the author of the “Guide to Research Techniques in Neuroscience” (Elsevier 2010). The textbook is for undergraduates, graduate students or anyone interested in how scientists study the brain. “The book covers a wide spectrum of techniques, from how scientists study individual genes and proteins to how entire brains are studied in humans. The book can be read cover-to-cover or used as a reference for biology students who want to learn more about specific techniques,” Carter said. “At Whitman, I took a lot of writing classes (from Professors Katrina Roberts and Irvin Hashimoto), and I found writing to be a great complement to my biology major. In the same way, it was a great opportunity to write this book while completing my Ph.D. in neuroscience at Stanford.”