Faculty, staff and the community join first-years for the summer reading assignment: “Persepolis” by Marjane Satrapi. The author later lectured on campus.

The “Accounts of Chemical Research” journal cover features a paper on molecules co-authored by Fred Moore, professor of physics.

Patrick Spencer, professor of geology, delivers the Convocation address “Lessons in Stone” to open the 2008-09 year. 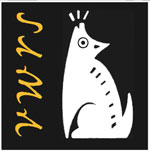 An inaugural reunion of Whitman football players from five decades draws 150 alumni and guests and former football coaches to campus.

Seattle Metropolitan magazine ranks Whitman No. 1 of the 39 Northwest colleges and universities.

Whitman repatriates a number of American Indian ancestral remains and funerary objects housed in Northwest Museum (in Maxey Hall) to the Confederated Tribes of the Umatilla Indian Reservation.

President George Bridges is elected to the board of directors of the National Association of Independent Colleges and Universities.

The Peace Corps ranks Whitman No. 20 on its list of top Peace Corps Volunteer Producing Colleges and Universities for 2008.

The Board of Trustees approves the plan to create the Glover Alston Center in an historic home at 26 Boyer Ave. (See article.)

Currents, the national magazine of the Council for Advancement and Support of Education, features an article about the football reunion.

Ginger Withers and Chris Wallace, associate professors of biology, receive a $225,000 grant from the National Institutes of Health.

History Professor David Schmitz is the host for a public conversation with former Ambassador Ryan Crocker ’71 in Cordiner Hall.

Whitman receives a record 3,437 applications for admission from students in 50 states and 70 countries.

350 students earn diplomas at Commencement, where Crocker delivers the address.

23 teams of faculty and students are selected for Perry Summer Research Awards.

Pete Reid ’49 retires – again – after six decades of service to the college.

Timothy Kaufman-Osborn begins his tenure as provost and dean of the faculty.