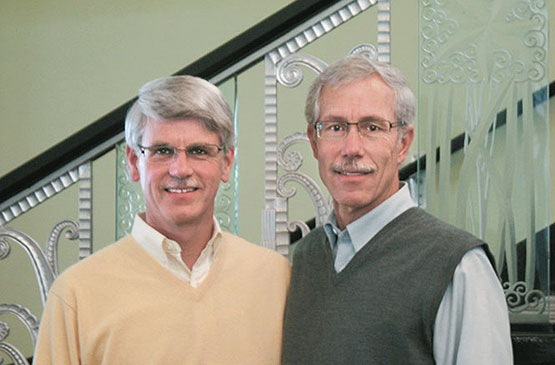 Michael Flannery ’76 and Dean Lynch have found these things to be true: Education is one of the great equalizers in society. And anything that promotes diversity, promotes education.

The couple acted on these deeply held convictions by establishing the Michael P. Flannery and Dean Lynch Endowment in memory of Norah Olwell Flannery, and by providing a gift to help create the Glover Alston Center.

Flannery, a retired stockbroker, learned the importance of education from his mother, a voracious reader and student of life, and from Whitman professors like Dr. George Ball, professor emeritus of religion, whose worldview Flannery believes could solve many global problems today.

Lynch, a Washington State University alumnus with a degree in sociology, learned first-hand — through decades of work with at-risk children — that education “can overcome a lot of inequities.”

Both have devoted a great measure of their philanthropic and civic service to educating others and battling some of life’s inequities. They see the Glover Alston Center as a welcoming space on campus where all students can feel safe to be themselves. The center “will honor different groups of people, how they think and how they react,” Flannery said. “It will help put these groups on equal footing with others.”

As a student, Flannery appreciated Whitman’s small class sizes and talented professors. Today, he draws upon what he learned, savors warm memories and lifetime friends, and values Whitman’s respect for all people.

Providing financial support that will enable students to receive a Whitman education “is one of the nicest ways I can honor my mother,” he said. Norah Olwell Flannery was engaged in the world every day of her 95 years. “Even in her later years when I would visit her and her mail was delivered, she would paw through it, and if she thanked me for visiting, I knew that I had been dismissed. She had received her copy of The New Yorker.” After her death, Michael learned she had been an avid reader and continuous subscriber of the magazine since the late 1920s. 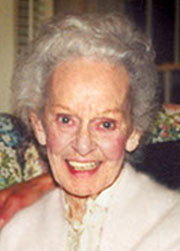 Norah, a French and drama major who graduated from the University of Washington in 1933, was a stay-at-home mom. Late in life, she resumed her formal education, which included study at Wooster College at Oxford University in the United Kingdom and the Sorbonne in France, where she earned “premiers” in her classes taught in French. “The most succinct way I’ve heard anyone describe my mom,” Michael said, was at her memorial service when her longtime friend and fellow bibliophile Bronle Crosby ’77 recalled, “Norah fed her mind every day.”

Lynch spent his early career in the nonprofit world as the live-in director of a home for boys and later as a foster parent for six boys. As a state employee, he did Child Protective Services licensing and training. He pioneered live interactive foster parent training via satellite, making it possible for families in remote corners of Washington to open their homes to children.

“Protecting the underdog has always been a part of my life,” said Lynch, who especially came to appreciate the diverse needs of others while facilitating community dialogue on the WSU campus during the turbulent 1970s. After college, he hitchhiked around the world, finding in each culture he encountered “a lot of difference and so many similarities.”

Lynch and Flannery have embraced those differences and similarities through volunteer work that has included many gay, lesbian and transgendered causes. Lynch was involved in promoting and later helping to preserve an ordinance that extended the city’s nondiscrimination policy to include sexual orientation. His community and neighborhood involvement earned him an appointment to the Spokane City Council.

They both support the value of a Whitman experience and an education that develops lifelong learners and critical thinkers.

“Whitman has endured through good times, multiple wars, recessions and panics … and is still committed to providing a quality liberal arts education,” Flannery said. “It is so important that there are still institutions that have this focus, and professors who inspire students to feed their minds every day.”