For Ben Keefer ’08, a favorite pastime growing up in Connecticut was solving puzzles. The interest hasn’t changed, but the size and scope have.

These days, using macroeconomics, he could, for example, take on the big Argentina puzzle. The perplexing problem: Why has that country — which in 1870 was as wealthy per-capita as Canada and Germany — been left behind in the past 100 years while countries once in its shadow, such as Japan, have leapt forward? 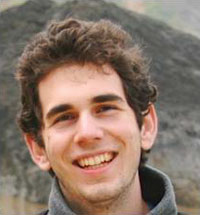 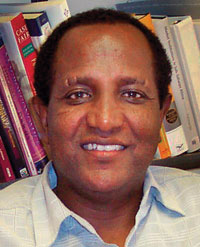 Keefer, now a graduate student in economics at the University of Washington, said that’s one of countless examples of the types of problems for which macroeconomics is a good tool — a tool that became a strong focus at Whitman during a collaboration with his revered adviser, Halefom Belay, associate professor of economics.

Keefer, who aspires to be an economics professor some day, related that in his senior year at Whitman he wanted to learn more about economic forecasting, and wanted to test research that concluded unemployment rates were a tool to predict inflation rates. So he plunged into an honors thesis project titled, “Macroeconomics and the Phillips Curve” — the Phillips Curve created by a New Zealand economist, Allban William Phillips, which showed a correlation between unemployment and inflation rates.

The honors thesis wasn’t required to graduate. “I wanted to prepare for grad school,” Keefer said. “It was a great way to do that.”

For this project, Keefer brought Belay with him.

Belay’s expertise is in macroeconomics — specializing in monetary economics — not forecasting. So he went back to his own graduate school material to study it to acquire needed information for Keefer’s project.

Belay said the project “improved my understanding of the subject matter at hand and made me a more informed individual. It was intellectually stimulating to see Ben expand the depth and robustness of evidence while using past literature to explore ways in his research.”

Belay said in recognition of Keefer’s thesis, he was awarded the James F. Shepherd Economics Award, which is the highest award given by the department and in essence recognizes the student receiving it as the top senior economics student for the year.

Keefer’s results on the unemployment rate question, based on models he used, showed they aren’t a good gauge to forecast inflation rates. But he doesn’t eliminate the possibility that people with more experience in forecasting might have come to a different conclusion, he said.

The way Keefer approached the project “was truly gigantic given that devising possible scenarios for understanding the subject matter requires taking into account very comprehensive understanding of economic forecasting and mathematics,” Belay said.

Keefer said as a first-year Whitman student he got a head start. He marveled how Belay was always available to answer questions and to suggest reading materials that gave him tools, such as knowledge of differential equations, that first-year undergraduates normally don’t have.

And at this stage, Keefer said, he has knowledge many of his graduate school classmates don’t have, because Belay pushed him to take mathematical courses he otherwise might not have taken.

Also, he remembers how at Whitman, when Belay found out Keefer’s parents were visiting from Connecticut, he took them all out to lunch.

“He always has time for his students,” Keefer said. “He’s a great, great guy.”