Maggie Savage ’58 and Sharon Wootton co-authored “You Know You’re in Washington When … 101 quintessential places, people, events, customs, lingo, and eats of the Evergreen State.” The authors say, “Whether you’re a first-time visitor or a born-and-bred native, this book will make you smile as you discover what it really means to be in Washington.” (Insiders’ Guide, 2007)

Robert Wallace ’66 is the author of “Thirteen Women Strong: The Making of a Team.” The book chronicles the story of the Northern Kentucky University women’s basketball team as it faced many setbacks. With their coach and their own indomitable spirit, the Norse women shocked the Division II world by earning a 26-8 record without a senior on the team during the 2005-06 season. Wallace is Regents Professor of Literature at NKU and is the author of “Jane Austen and Mozart: Classical Equilibrium in Fiction and Music.” (University Press of Kentucky, 2008)

Dr. Tom Roesler ’67 and his wife, Dr. Carole Jenny, co-authored, “Medical Child Abuse: Beyond Munchausen Syndrome by Proxy.” The authors believe the term Munchausen Syndrome by Proxy should be retired permanently and “replaced with a commonsense appreciation that children can be abused by their parents in the medical environment.” (American Academy of Pediatrics, 2009) 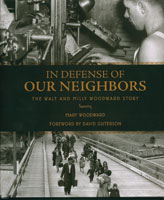 Alan Weltzien ’74, professor of English at the University of Montana Western, had two books published in the fall of 2008. He served as editor of “The Norman Maclean Reader” (University of Chicago Press), a compendium of essays and letters, including chapters from Maclean’s first, incomplete book about G.A. Custer and the Battle of the Little Bighorn. Weltzien also published a memoir titled “A Father and an Island: Reflections on Loss” (Lewis-Clark Press). The book chronicles his lifelong summer story on Puget Sound’s Camano Island, and traces his father’s dying and death during the same years the island became a suburb.

Lance Norris ’85 appears in Rickey Gervais’ new film, “This Side of the Truth,” with Jen Garner, Jason Bateman, Tina Fey and Christopher Guest. Norris’ new book “I’ve Seen Better Film On The Teeth of Wolverines” is available at www.lulu.com, where it is described as “A collection of Lance Norris’ national and international reportage on the underbelly of the beast known as Hollywood.” 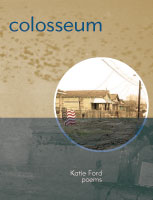 Katie Ford ’97 received a two-year, $100,000 literary award from the Lannan Foundation. The press release stated, “Katie Ford is the author of two collections of poetry, ‘Deposition’ (2002) and ‘Colosseum’ (2008, both from Graywolf Press). ‘Colosseum’ was just selected as one of the five best poetry collections of 2008 by Publishers Weekly. Her poems have appeared in ‘The Paris Review,’ ‘The American Poetry Review,’ ‘Ploughshares’ and ‘Poets & Writers.’” She has taught at Loyola University, Reed College, and now at Franklin and Marshall College. Ford is the poetry editor of “The New Orleans Review” and lives in Philadelphia with her husband, Josh Emmons, who is a novelist.