Students earn more Udall awards than any college in nation

In a year of decreasing numbers of prestigious awards and grants and increasing numbers of students vying for the extremely competitive honors, three Whitman students’ work and talent rose to the top of the applicant pool, earning Whitman more Udall Scholarships than any other college in the nation. Another outstanding student earned the only Watson Fellowship awarded in the Northwest. 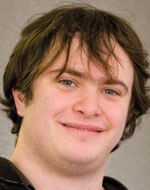 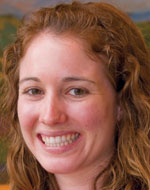 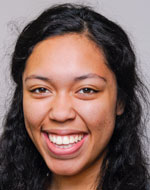 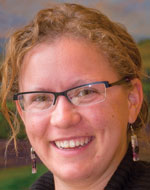 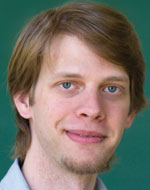 “The economy has impacted foundations and other funding institutions just as it has colleges,” said Keith Raether, Whitman’s director of post-baccalaureate fellowships, scholarships and grants. “The Watson Foundation reduced its awards by 20 percent.”

At the same time, “applicant pools have increased considerably in response to unemployment. In 2007-08, Humanity in Action received 300-plus American applications. This year 647 American students applied. The Emerson Hunger Fellowship jumped from fewer than 200 applicants to 316.

“I’m happy for the successes of our students, and the fact that nearly 100 of them had the interest, initiative and courage to apply for these prestigious, highly competitive awards,” Raether said.

Morris K. Udall Scholarship
Up to $5,000 each for college sophomores and juniors who have demonstrated commitment to careers related to the environment.

Lisa Curtis ’10, Alameda, Calif., wants to “expand the use of renewable, off-the-grid energy sources to improve lives in developing countries.” The politics and environmental studies major helped develop and build a low-cost version of a “biodigester” unit to help turn organic material into a cooking fuel source. She witnessed the hardship that women in western Kenya face, risking snakebite and rape while gathering firewood each day. She wrote grants and received funding to build 20 units for communities surrounding the rainforest in the region where she interned.

Elena Gustafson ’10, Los Alamos, N.M., earned her second Udall Scholarship. An environmental humanities major, her career goal is to expand urban and rural community-centered environmental education, something she has already accomplished in many ways through her work with Cool the Schools (see below). She also founded and coordinates the Youth Adventure Program to lead youths on outdoor education trips, and co-founded and serves as community outreach leader for the Coalition for a Green Community.

Camila Thorndike ’10, Ashland, Ore., wants to “create just, ecologically sound solutions to water allocation problems” by working as an environmental conflict manager. The environmental humanities major is active in the Campus Climate Challenge, serves as newsletter editor and conference co-chair for the Cascade Climate Network, and was co-leader of “The Injustice of Climate Change” symposium on campus.

Aisha Fukushima ’09, Bellevue, Wash., will study the hip-hop cultures and world views of rap musicians through their lyrics in places such as Morocco, Senegal and South Africa. “As a self-proclaimed ‘raptivist’ (rap + activist), I am continually learning ways to challenge and question injustices, especially in situations where underrepresented voices are marginalized or silenced,” Fukushima said. “Hip-hop is a rich cultural movement to explore not only because of its significant social and political influences, but also because it is an art form that merits risk-taking and the ability to challenge personal limitations,” the rhetoric and film studies major said. Fukushima was active in ASWC and designed Whitman’s Institute for Summer Enrichment (WISE) program, which introduces to college middle-school students who show academic promise but come from low-income families.

Jackson Cahn ’10, Kenmore, Wash., will work in the Materials Science and Engineering Laboratory Center for Neutron Research at the National Institute of Standards and Technology in Gaithersburg, Md. Cahn is a biochemistry, biophysics and molecular biology (BBMB) major.

Musa Kpaka ’09 is a Davis United World College Scholar from Sierra Leone. The economics and mathematics major founded the Youth Development Initiative at Whitman to educate youths in Sierra Leone about community service.

Tim Shadix ’09, a politics major from Ashland, Ore., has been active in Whitman Direct Action projects to improve water conditions in India, and to initiate “a collaborative project with an Oregon immigrants rights organization to establish a formal network of Oaxacan migrant hometown associations in the Pacific Northwest.”

Davis Projects for Peace
A $10,000 grant to design a grassroots project to be implemented in summer 2009.

Jesse Phillips ’09, Davis, Calif., and Curt Bowen ’09, Nampa, Idaho, will develop a sustainable biofuels project in Honduras. In the first phase, they will work to establish a local market in Honduras for pure jatropha oil by converting a bus to run on this fuel, then design and initiate a study of organic fertilizers to advance the first phase of the project. Phillips is an environmental studies/humanities major and Bowen a philosophy major.

“I am continually learning ways to challenge and question injustices, especially in situations where underrepresented voices are marginalized or silenced.”

Japan Exchange and Teaching (JET) Program
A year of teaching to develop relationships through teaching and exchange activities in Japan.

Princeton in Asia Fellowship
An Asian experience to foster cross-cultural understanding between Asians and Americans.

Greg Eiselt ’09, an Asian studies major from Seattle, will work in China.

Marty Skeels ’09, an English major from Alameda, Calif., will be stationed in Vietnam. Cool the Schools, a Whitman student-run program, took climate education into Walla Walla elementary and middle schools this spring. The project is a collaborative effort between three Whitman groups — Campus Climate Challenge, Environmental Education for Kids and the Youth Adventure Program — and several local groups. “We believe that climate education is extremely essential for youth, but there is usually not a space provided for the conversation,” said Elena Gustafson ’10, a Cool the Schools organizer and recipient of a Udall Scholarship. “Studies show that kids have heard about the term, but have no connection to it to feel they are part of the solution.” Cool the Schools lesson plans delivered basic scientific information about climate change, personal carbon footprints and tangible things students can do to make a difference, Gustafson said. Above, Megan McIntire ’11 and Matt Manley ’11 give a Cool the Schools lesson at Garrison Middle School.