Where in the World 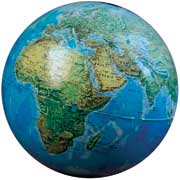 A. Wesley Hodge ’53 sent along two articles regarding Lucile Lomen ’41 — the first female law clerk at the U.S. Supreme Court (appointed by Justice William O. Douglas ’20) — and Mary Woodward ’68, author of a book featured in the March Whitman Magazine. Hodge heard Mary review her book, “In Defense of our Neighbors: The Walt and Milly Woodward Story,” at the Ballard Library in Seattle. The book describes Mary’s parents’ role in helping Bainbridge Island Japanese Americans interned during World War II. “At the meeting, I found out Mary was a history graduate from Whitman,” Hodge wrote. “We almost sang the ‘Whitman Hymn’ when she was autographing the book for me. Our fathers were good friends so it made for a fascinating evening. Many in attendance were previously, or now, from Bainbridge Island, and had been directly affected by the internment.”