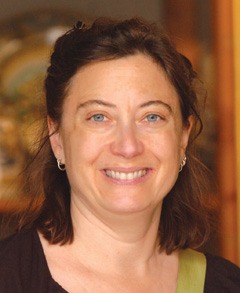 … did the lighting designs for “Da,” “Beyond Therapy,” “Nicholas Nickleby” and “Dusa, Fish, Stas and Vi.”

A few of my favorite HJT memories …

Once I gave Nancy Simon a loaf of bread I had made. She said I should give up theatre and become a baker. I wasn’t sure if that was a comment on my bread, or my theatre.

When I was setting lighting cues for “Nicholas Nickleby” (the full, eight-hour version of the play), and I got to around cue 200, I realized I had just cued the equivalent of the last three shows, and we still had a couple of acts to go. I think the photos of that show went a long way toward me getting into grad school.

… earned a master’s of fine arts degree in lighting design and technical theatre from University of Washington, then worked as a freelance lighting designer for about 15 years, while working 13 years at PNTA (the region’s main theatrical equipment supply store). I’m currently production manager at McCaw Hall at Seattle Center, home to Seattle Opera and Pacific Northwest Ballet. I oversee the technical theatre systems and personnel, and manage back-of-house operations and all outside events that use the auditorium (from the Starbucks shareholders’ meeting to REM to Carol Burnett). Between PNTA and McCaw Hall, my mid-life crisis was Wally’s Scoop, an ice cream parlor. I missed the 2002 reunion because that very weekend I was chair of the national U.S. Institute for Theatre Technology conference (the first woman to chair the conference) held here in Seattle — around 3,000 attendees and more than 200 program sessions.

The biggest impact on me may be the sheer volume of work we all did. No other undergraduate school (in the region, at least) does 10 fully produced shows a year. We’d be in one show, house-managing the next, running lights for the next, etc. Jack Freimann’s play production sessions — where we all pitched in to work on the sets, lights and costumes, regardless of our experience level or role in the show — gave me the hands-on experience that directly informed my decision to pursue a career in technical theatre.

Nancy Simon’s confidence in giving me my first lighting design opportunity, then asking me to help teach the design class, helped me learn that out of all technical theatre, lighting was going to be my true passion. 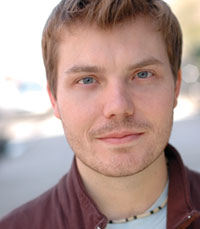 … played Alceste in “The Misanthrope,” Caliban in “The Tempest,” Wayne in “Popcorn,” Herr Schultz in “Cabaret,” Costard in “Love’s Labour’s Lost,” Bob Cratchit in “Christmas Carol,” Norman in “Traces,” Peachy in “Last Night of Ballyhoo,” Pirate in “Pirates of Penzance” and Everyman in “Pac-Man the Musical.”

… wrote and directed “In One Room,” which won the David Nord Award and was performed yearly on campus from 2002 to 2008. I was also involved in set design and prop design on a number of productions and worked as prop master.

Everything from field trips to Seattle and New York, Drama Rush, our year-end banquet, midnight games of “Murder” to seven-hour callbacks lasting until 2 a.m. One particular memory that burns itself in my mind is this: After working long into the night on my own project I walked by the Alexander Stage and saw that there was a light on. I was sure I was the only one in the building, but when I looked closer I could see one of our faculty practicing a piece of fight choreography onstage for something she was going to block the next day. It must have been 3 a.m.! I realized that no matter how hard I was working, we were all pouring this immense amount of energy and passion into the work we were creating together.

Playwriting: “In One Room” has been performed nationally and at Whitman and was the winner of the Bailiwick College/University Playwriting competition. I’ve written other plays performed in New York City with my theatre company, “The Bureau Theater,” for which I am artistic director. I was a writing assistant on the Broadway production of “33 Variations,” starring Jane Fonda, and will assist on the screenplay version.

Directing: I am studying for my master’s degree in fine arts/directing at Columbia University.

I directed productions in NYC with The Bureau Theater, as well as assistant directed with Broadway director Moisés Kaufman. I am the dramaturg (research and development) on “The Laramie Project: 10 Years Later,” an epilogue to “The Laramie Project.” The epilogue was presented simultaneously by 120 theaters nationwide on Oct. 12.

Technical: Prop master for Summer Repertory Theater and Forestburgh Playhouse, and stage management and technical work for productions and events in NYC.

The guidance I received from Debby Holmes (associate professor of theatre) while writing my honors thesis was crucial to landing my dream job in NYC. And from the very first day I stepped foot in the HJT building, Nancy Simon has been a particularly strong guiding force in my career, teaching me the meaning of an unshakable work ethic as well as care and generosity for my fellow collaborators. I still turn to them for advice and guidance, and I cherish them in my life. By the same token, a huge number of Whitman theatre students have moved to NYC, and they are my friends, collaborators and beacons of sanity while making art in such a crazy city.

I would not trade my Whitman College experience, and my HJT experience in particular, for anything in the world! Having moved on to encounter some grueling work in NYC, I oftentimes wonder where I’d be if I had gone to a larger, more nationally recognized theatre conservatory. However, the amount of freedom and personal growth allowed in the halls of Harper Joy helped me develop a true personal and artistic foundation to build on professionally. In short, it taught me to love what I do, and how to make my art both relevant and responsible to my community and the world at large. 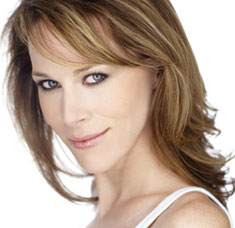 On the HJT stage, I played …

…Beatrice in “Much Ado About Nothing,” Maggie in “Dancing at Lughnasa,” Lois in “More Fun Than Bowling,” Countess Charlotte in “A Little Night Music,” The Doctor in “Reckless,” Sister Mary Hubert in “Nunsense,” Susan in “The Heidi Chronicles,” Prince Pekoe in “Aladdin,” Alcandre in “The Illusion,” Miss America in “Coming Attractions,” Ethel in “The Man From Home,” Mary in “On The Verge,” Severin in “The Green Cockatoo” and Mama in “A Shayna Maidel.”

… directed “Snoopy” and was on the carpentry and costume staffs.

One that sticks in my mind was when we were doing “A Little Night Music” my freshman year. I was playing Countess Charlotte. In one scene the entire company had to do an en-masse, ultra-fast, quick-change from one set of turn-of-the-century clothing to another — the second costumes all in white. I went for a costume fitting, and Jack Freimann was ripping up a gorgeous old white dress so that the costumers could fit it to me. I’m very tall, and the woman it was made for was very tiny so panels had to be added to make it big enough. And then the whole thing had to be rigged with all kinds of Velcro for the quick change. This poor dress had to be completely taken apart. I asked Jack where he’d found this lovely, authentic dress, and — as he was ripping it up — he calmly told me that it was his grandmother’s wedding dress. Now, it’s possible that he was joking, but somehow I don’t think he was. Whether or not he was I believed him, and it certainly told me everything I needed to know about Jack’s — and by extension Harper Joy’s — dedication to, and reverence for, theatre. Whatever the show needed — even if it was tearing up your grandmother’s wedding dress — was all in good and worthy service of the theatre. The show must go on!

… earned my master’s degree in acting at the National Theatre Conservatory, and for the last 12 years I’ve been a working actress in New York City.

All of my experiences, individually and wholly, at Harper Joy significantly shaped who I am as an actor and how I view and experience theatre. Nancy Simon, Jack Freimann and all the other professors, as well as my fellow students, gave me the fullest and most comprehensive education in theatre — NOT just acting.

When I was about to enter college, I was all set to go to Northwestern University. My mother, Suellen Harris ’67, called the head of the graduate acting program at the University of Washington and asked him what he thought of the program at Northwestern. He told her it was a great program but so large that I’d hardly ever get a chance to be in a show. He told her — not knowing she was a Whittie — that the best undergrad theatre program in the West was at Whitman. And it’s true: I was in something like 20 plays in my time there. I helped build sets, costumes and lights. I directed. I ran stage crew. I really learned about theatre because I was totally immersed in it with a small group of fully committed, hilarious, wonderful students and teachers. I became confident in a way that I could not have been at a larger program. I never got lost at Harper Joy. I became fully engaged, which is, I think, the essence of the “Whitman Experience.”