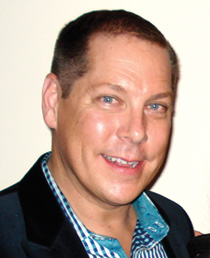 On Broadway and the road for more than 20 years as a company manager for major theatre productions, Frank Lott ’83 has seen it all, and probably arranged for it to be moved or maneuvered, too.

But before you can appreciate what he has seen, you have to understand what he does. He explains it like this: “A Broadway producer hires me to be the onsite production manager who oversees all aspects of operating and running these multimillion-dollar productions on a day-to-day basis from pre-production to the show’s closing.”

So how does one prepare to do this? He completed a three-year apprenticeship followed by a series of written and oral tests, “like a bar exam for professional commercial theatre — and very much like getting a degree from Whitman!”

In his words, here are some career highlights:

Lott believes that he “would not have been given the opportunities I have had in my career had it not been for what I learned and who I met at Whitman and HJT in particular, and for that I am grateful. Also, I maintain ongoing friendships with many of my fellow Whitties, and that level of closeness seems unique to the Whitman experience.”