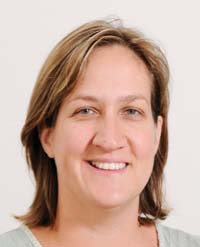 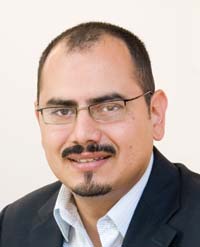 Jacqueline Kamm ’10 is fascinated by the study of sociology, particularly the investigation of social problems and inequalities. But there’s a problematic paradox in this field.

“Many students are attracted to sociology because they want to enact social change,” said Kamm, “but sociology, like academia in general, sometimes focuses more on theory than activism.”

This is a familiar dilemma in the discipline of sociology, said Michelle Janning, associate professor and chair of sociology. “Our discipline has always wrestled with the boundaries between academic and practical sociology, between research and practice, between objectivity and our own values.”

To give students an opportunity to find their own fresh answers to these questions, Janning and her fellow sociology faculty, including Noah Leavitt, sociology research associate, organized a symposium: “Alinsky at 100: Community Organizing in the 21st Century.”

The symposium held in October was the first in a yearlong series of events and dialogues devoted to public sociology. Made possible in part through Whitman’s Innovation in Teaching and Learning fund, the symposium brought together diverse viewpoints on the legacy of Saul Alinsky, known as the “father of community organizing.”

More than 100 Whitman students and faculty, Walla Walla community members, nonprofit and civic leaders, organizers from around the state, and students and faculty from at least four other colleges participated in discussions, workshops and networking. One of the keynote speakers was David Alinsky, Saul’s son.

Janning said the community connections grew right in front of her eyes.

“I observed numerous conversations where a 60-something Walla Walla resident talked to a 20-something Whitman student about how trying to change communities from within has been part of civic engagement, and how it always needs to be,” she said.

In a symposium presentation, Gilbert Mireles, assistant professor of sociology, pointed to the community work of his colleagues, including participation in a gang task force. “I’m not advocating a simple instrumental approach, but consider the value-added dimension of sociological contributions to public debates on a wide variety of social issues,” he said.

“I think this scientific approach to social problems is one of the most significant contributions that sociologists can make to public debates.”

Kamm, who helped professors orchestrate the symposium, said the event helped her take sociology beyond the classroom.

“As a senior about to enter the workforce, it was enlightening to see how my knowledge as a sociology student can lend itself to helping communities through a variety of occupations from community organizer to researcher to civic/community leader,” she said.