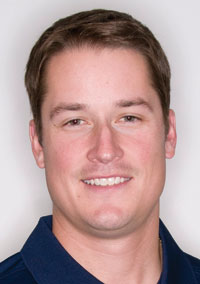 Jared Holowaty, an assistant coach at the University of Maine for the past four years, is the new head baseball coach at Whitman.

Holowaty, who shared in an NCAA Division III national championship as a senior captain at Eastern Connecticut State University, fills the Whitman coaching vacancy left by Casey Powell, who resigned to take a coaching position at Seattle University.

Holowaty earned scholar-athlete honors in college and in 2002 was inducted into Omicron Delta Epsilon, an international honorary society in economics. He studied sport administration at The College of New Jersey, while working as an assistant coach there.