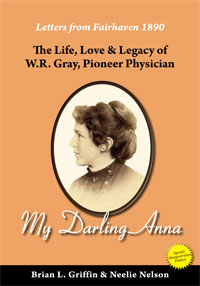 Brian Griffin ’54 and Neelie Nelson co-authored “My Darling Anna,” a book that examines the cultural awareness brought to the boomtown of Fairhaven, Wash., in 1890 by a pioneer doctor from Mount Pleasant, Iowa. The book features the letters the doctor wrote home to his fiancée, Anna, and the legacy of theater and speech that the couple left the community near Bellingham, Wash., through the teaching career of their daughter Margaret Gray. (Knox Cellars Publishing Co.) 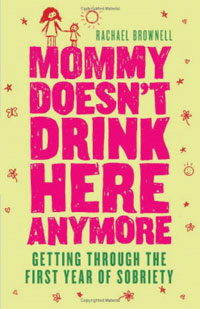 Rachael Brownell ’90 returned to Whitman in November to read from her first book, host a discussion with women students on “women, alcohol and sexuality” and explore the challenges of negotiating the holidays with an alcohol or drug addicted family member. In her book, “Mommy Doesn’t Drink Here Anymore: Getting Through the First Year of Sobriety,” Brownell writes about her descent into alcoholism as she struggled to “maintain a sense of her adult self” while mothering then young twins and a newborn; and recounts the milestone of her first year of sobriety. The topic has attracted attention and invitations for Brownell to appear on “Good Morning America” and the “Today” show. (Conari Press, August 2009) 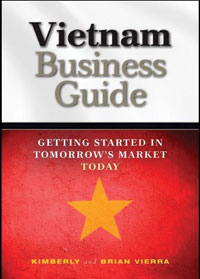 Brian Vierra ’92 co-authored a book along with his wife, Kimberly, titled “Vietnam Business Guide.” It is described as “a practical guide to the realities of doing business in Vietnam.” Business people considering a move into the growing Vietnam market see “the fantastic business opportunities. But they don’t see the corruption, pollution, poor infrastructure and immature work force that are all byproducts of the war and resulting political situation in the country.” Brian and Kimberly live in Da Lat, Vietnam. (John Wiley & Sons, November 2009)