Eddy Vazquez ’15 is a first-generation American and the first in his family to graduate from college. From a young age, he felt family pressure to take a traditional and lucrative career track, such as to become a doctor or lawyer. When he first came to Whitman College from Southern California, he envisioned a pre-med path.

Then, science intervened. After grappling with organic chemistry, Vazquez rethought his calling. In his sophomore year, he declared as an anthropology major. It was in the social sciences that he learned more about empathy as a principle and practice. And it's something that still influences his work, he said.

Vazquez's life, major and career path really pivoted — when he discovered the comfort of creating in a Whitman art class.

"I found that drawing and painting brought me solace," he said. 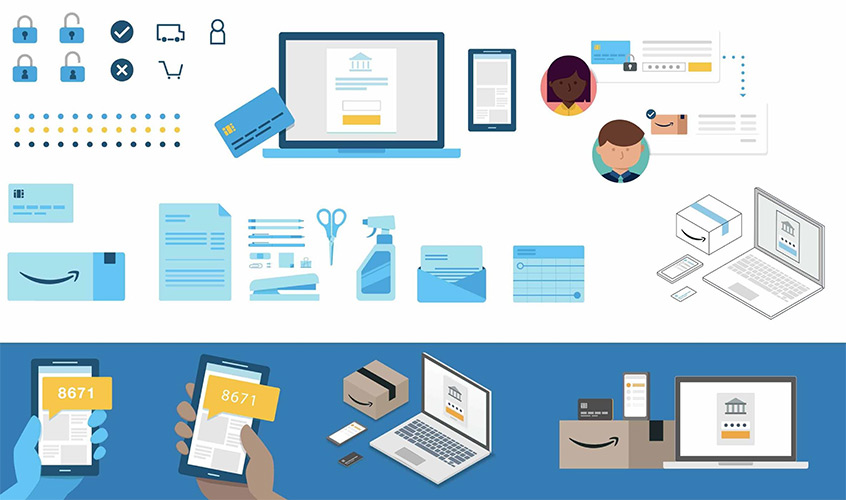 Today, Vazquez works in Seattle as a visual designer for Amazon, including Amazon.com.mx. He shared his journey with humor and humility during a Visiting Alumni Artist lecture at the Fouts Center for Visual Arts in mid-October. (The images in this story are from his presentation to students.)

He explained how user experience, or UX design, drives his work. He focuses on creating work that is valuable, relevant and functional, which relies on having empathy for others, he said.

"Being a designer is about solving problems," Vazquez said. "I need to ask myself, what can I adjust or create to help people find things. It's about not leaving any customer behind."

Vazquez admits he had moments when he pondered whether he should have gone to design school. But he credits his Whitman experience with not only broadening his education and deepening his empathy, but also with helping him adjust to the the real-world of work.

"I am still figuring out adulting, but a liberal arts education gives you the tools to develop mechanisms to solve problems. Whitman prepared me for ambiguous situations. I may not know what I am doing, but I'll figure it out," he said. "At Whitman, you learn how to learn."

While a student at Whitman, Vazquez created event posters, worked as an illustrator for The Whitman Wire and as a freelance designer, and was a summer design intern at an agency in Los Angeles. He encouraged his fellow Whitties to take advantage of the opportunities they have on campus and in the wider world, to gain experience and to develop a dynamic portfolio. 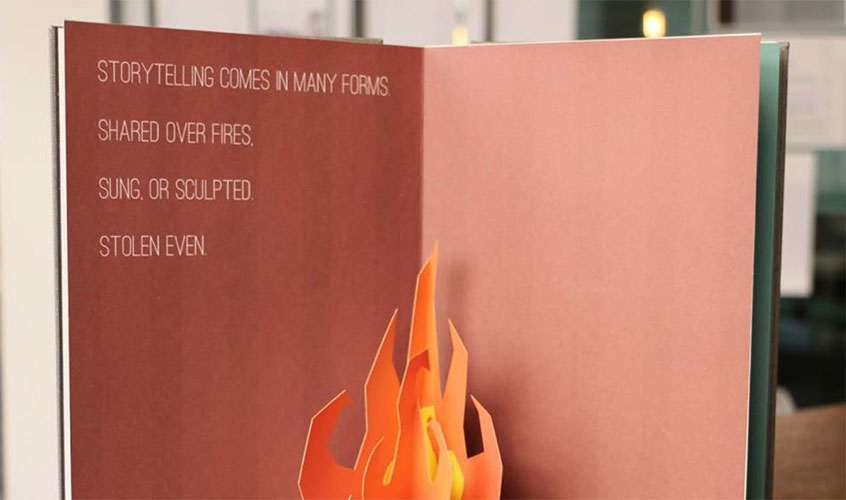 One of Vazquez creative passions began at Whitman — pop-up books. His thesis project was a pop-up book and he still makes visual books as a creative outlet. And he's noticed that when he presents his own portfolio, his books create a pop of their own, stirring up interest and buzz, he said.

"Your portfolio is your personal brand," said Vazquez, who describes his own brand as "mischief maker and storyteller." "Make sure you have work that you're proud of — that can stand on its own."

Check out Vazquez's portfolio to see his Amazon work and independent projects.