During most of her four years at Whitman College, Madi Hofbauer ’20 lived on campus, working as a resident assistant. But this spring, she moved off-campus for the first time, sharing a house with half a dozen other Whitties.

A first-generation, working-class student, Hofbauer balanced her finances by working at a downtown retailer and an area winery. 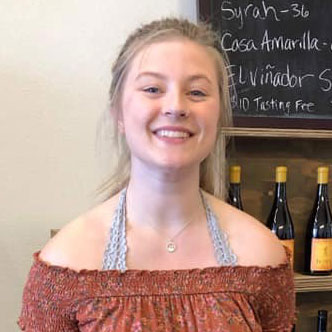 The week before spring break, she was getting ready to start her seasonal job at the winery, wrap up her religion thesis and prepare to graduate.

Then concerns about COVID-19 swept through the area. The winery closed. Her retail job was cut. Whitman moved all its classes online, and President Kathy Murray began encouraging students to leave Walla Walla if they had a safe place to go.

“It all really hit in this big wave. Classes got canceled and I lost all of my jobs. It felt like it all happened in two days,” Hofbauer said.

Hofbauer found herself with no employment and no reason to stay in town, but still facing a lease and other pressing and unexpected bills.

Moving With Urgency to Help

This spring, Hofbauer’s situation was a familiar one for many students at Whitman College, especially those who rely on employment, on or off campus, to cover expenses. Many found themselves needing to pack up and leave Walla Walla but without the money and resources to make it happen.

Working quickly behind the scenes to bring relief was the Associated Students of Whitman College (ASWC). When Murray announced March 12 that the college would move to online learning after returning from spring break, ASWC President Isaiah Banta ’20 called two emergency meetings of student leaders from across campus to begin brainstorming what needs students might have — and how ASWC could fill them.

“We made a list of projects, prioritized them and gave them an urgency level,” Banta said. At the top of the list was rides for students who needed to get to the Pasco or Walla Walla airports, and creation of an emergency fund.

“We had a little money left in our travel and student development fund, and we were able to pull from our contingency fund, as well as take some donations from the campus media organizations,” Powell said. ASWC worked with the Office of the Dean of Students to organize the fund. “It’s been a really huge effort by a lot of different people, between the students and the administration — which has been very supportive of us.”

Since the fund was established, ASWC has helped over 40 students, giving away over $16,000 to help students pay for plane tickets, cover rent or other expenses, even buy groceries.

‘So Many People Really Needed This’

One of those students was Hofbauer, who received funding to cover the rest of her rent and bills, so that she could return home to Bothell, Washington, and find a job

“I wasn’t sure if I was going to have to ‘prove’ that I was in need,” Hofbauer said. “But they were so understanding and made it very transparent. I was surprised by how much they were willing to cover. It’s been so helpful for so many people. So many people really needed this.”

Powell and Banta are also first-generation, working-class students, and knew that there were populations on campus who were going to need more help. 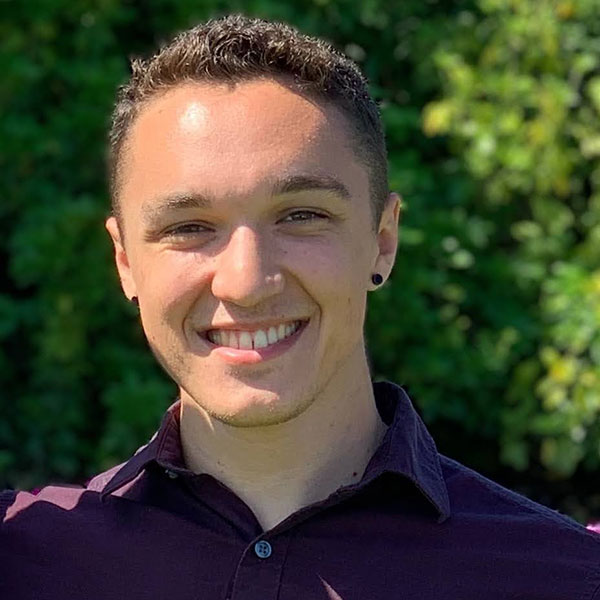 “I think a lot about those students when thinking about what students need,” Banta said. “I knew they wouldn’t be able to afford flights. I knew that food was also going to be an issue if students were to stay here. A lot of students rely on their student job.”

The emergency fund gives ASWC flexibility to use the money where an individual student needs it most. Each request is evaluated by a committee, and then Powell coordinates the funding with the recipient.

“There’s a lot of people who are surprised, and very thankful.” Powell said. “I think the best part of this is it is the students’ money. Every student has to pay the student fee, and this is a way that we are able to show the campus how you can use that money to further it for good."

As students began to leave campus, ASWC also coordinated getting boxes to residence halls to help students pack. At the same time, they began to collect unopened food items that students had in their rooms or off-campus houses. Those items were donated to the Food Pantry, located in the Glover Alston Center (GAC). The GAC is open from 8 a.m. to 8 p.m. daily so students can pick up food.

Other students from ASWC, the Whitman Wire and Whitman Events Board (WEB) have worked to provide students with mental health resources in a weekly newsletter, as well as build and maintain community through the creation of the Whitman Virtual Campus, which highlights virtual events and features skill-share videos from fellow students (see video below). 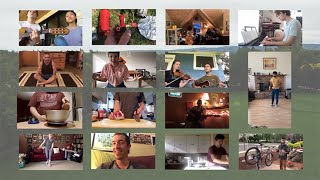 While spring semester may be wrapping up, Banta and the rest of the ASWC group knows their work won’t end after graduation. Requests for financial assistance continue to come in, and ASWC is looking ahead to fall semester and what resources students might need as campus begins to reopen.

“I’ve heard that some students are finding a much harder time finding off-campus housing for next year,” Banta said. He’s reaching out to property management companies in Walla Walla, as well as working with Whitman administrators, about how to connect students with housing.

Banta also worries about those students who have needs, but don’t realize that ASWC can provide assistance.

“I’m worried about the students who don’t normally look at emails from ASWC very often,” Banta said. “I worry about that, because there might be a lot of resources that they could benefit from. I don’t know how to bridge that gap when everything is digital.”

But he does know that one of the things that makes Whitman special is the resilience and strength of its community.

“I’ve felt super proud for being a part of Whitman through this,” Banta said. “Mostly we’ve seen how students and administration and staff have all just come together and supported each other. That’s been so cool to see.”

“It’s crazy to see how resilient our student body is; the continuing support that everyone is having for each other,” he said. “Prior to this — you always knew that support was there. What the end of this semester has shown me is how connected everyone still is. People really, genuinely care about each other.

“It really is a place where people will forge connections for the rest of their lives.”

Students who need to request financial support, or would like to volunteer to help others, can find information at goaswc.org/support.

Message from the President