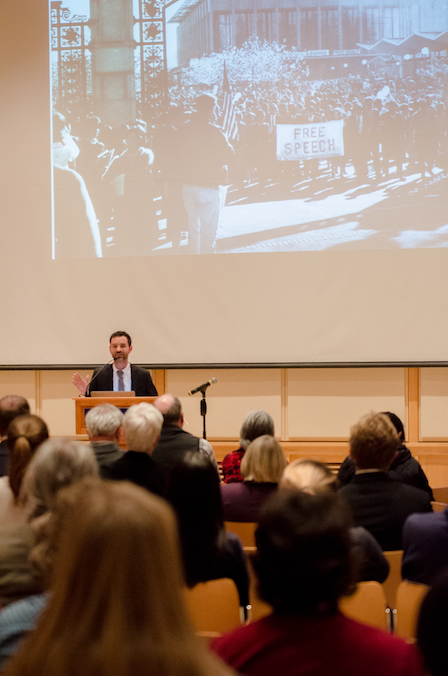 "When we insist on free speech, is there a higher goal? If there is no higher goal, is it simply a ritual?"

That was one question posed by David Wheeler, a journalism professor at the University of Tampa and freelance writer for news outlets like CNN and The Atlantic, at Whitman's annual Hosokawa Journalism Lecture on Monday, April 16.

Wheeler delivered an hour-long presentation titled "Is the First Amendment the New Second Amendment? Calling Hate Speech Free Speech and Getting Away With It." His talk tackled some of the legal history of First Amendment controversies, as the political climate surrounding free speech has become more polarized.

Wheeler also spoke about the relatively recent trend of figures from the alt-right flaunting protections granted under the First Amendment to practice hate speech. "Like it or not, the First Amendment absolutely does protect what most people would call hate speech," he said. This protection extends to any form of speech that does not fall into the category of a true threat or other limited exceptions, he added.

"Most Western democracies have laws against hate speech, but not the United States, nor can we unless the Supreme Court radically reinterprets the First Amendment."

As questions of free speech have become increasingly contentious, the political undertones have shifted, Wheeler continued. He compared how Berkeley students rallied in support of free speech as it pertained to civil rights in 1964, yet in 2017 protested the presence of conservative provocateur Milo Yiannopoulos on campus.

This and other recent incidents at colleges and universities nationwide have enabled right-wing commentators to "turn the tables" and accuse the left of being anti-free speech. A self-described liberal, Wheeler spoke about a possible future where "a small but engaged group on the far right claims the right to engage in hateful speech and makes it their top voting issue."

Wheeler began his presentation with an anonymous online survey for the audience: "Do you think the Supreme Court should include hate speech among the categories of speech with no protection under the First Amendment?" Of the 59 audience members who participated, 30 responded "yes" and 29 responded "no." 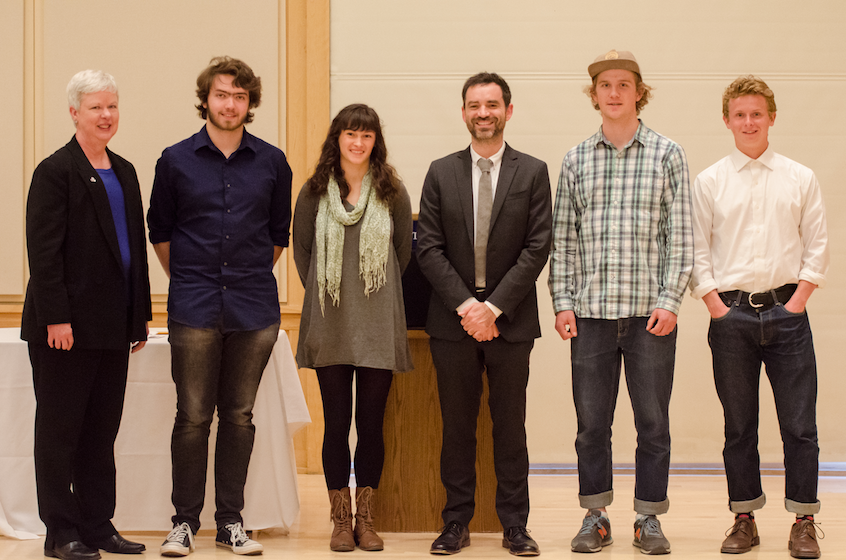 The lecture was sponsored by the Hosokawa Journalism Endowment, established in 2000 in honor of Robert R. Hosokawa '40. As part of the event, the Hosokawa Family Foundation also funds a journalism contest for the staff of Whitman's student newspaper, The Wire. This year's judges included professional reporters, editors and producers from The Washington Post, National Geographic, The Today Show, The Seattle Times, The Oregonian and San Francisco and Portland TV news stations.