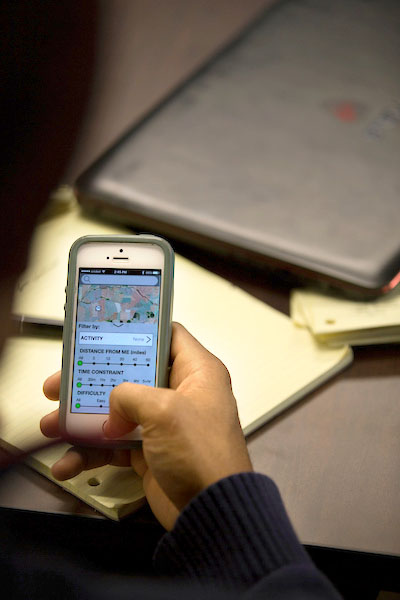 Whitman College students can major in computer science, as of the 2017-18 academic year.

"The approval of the new computer science major helps expand the curriculum and provide further interdisciplinary opportunities for our students," said Provost and Dean of the Faculty Alzada Tipton. "We are excited to have our first majors in the coming academic year and look forward to the growth of the program."

Riley Worthington '18 is likely to be among the first students to graduate with a bachelor's degree in the field, along with Richard Farman '18 and David Quennoz '18, according to Janet Davis, associate professor of computer science.

"The ways of thinking and problem-solving skills that computer science teaches are useful in many different areas," Worthington said.

The new major—officially approved in fall 2016—should also attract more students to Whitman, added Worthington, and "fits well within the liberal arts framework because it comes from a place that encourages creativity and novel solutions."

Janet Davis, associate professor of computer science, and a member of the committee that proposed the new major two years ago, said that all necessary approvals for the computer science major occurred on the first vote.

Students who discover computer science after arriving at Whitman can complete all the requirements, even if they do not declare the major until the end of their sophomore year, Davis explained.

"Many alumni, as well as current students, have been eager for Whitman to offer a computer science major. I'm thrilled that it has come together so quickly," said Davis. "David, Richard and Riley have been among our keenest students. So I'm also thrilled that this came together in time for them to graduate with a computer science major from Whitman."