Two Whitman juniors have been named 2016 Udall Scholars, and will receive up to $7,000 each in support of their undergraduate studies. The Udall Foundation awards scholarships on the basis of commitment to careers in the environment, American Indian health care or tribal policy, leadership potential, academic achievement and a record of public service. "A Udall Scholarship signifies two things: environmental leadership and initiative in the here and now, and the potential to be a shaping force in careers related to the environment, tribal policy and tribal health," said Director of Fellowships and Grants Keith Raether.

Finley, who was one of only eight sophomores chosen for the Udall Scholarship last year, is now one of only three repeat winners in the country. She also recently earned the Goldwater Scholarship, which is awarded to sophomores and juniors in STEM fields, and is a finalist for the elite Truman Scholarship.

"I'm excited to be able to experience the Udall orientation in Arizona for the second time, because I've grown a lot as a scientist and citizen in the past year," Finley said. "Now that I'm a year older and looking ahead to what I want to do after I graduate, I think the orientation will be really useful in helping me chart what I want to be doing in the next few years."

Finley will spend her summer guiding intertidal and coastal forest ecology hikes from a field station in Homer, Alaska, before taking part in Whitman's Semester in the West program next fall. After graduation, she hopes to travel to Madagascar, Indonesia and Thailand to investigate human relationships with near-shore ecosystems, and eventually to pursue a doctoral degree in disease ecology.

"Both Nina and Dani are natural leaders, and both are well on their way to becoming environmental change agents," said Raether.

Hupper has served as sustainability director, committee chair and campus organizer of the Divest Whitman campaign. She covers climate change legislation for Columbia University's Sustainability Media Lab and environmental issues for The Pioneer; she also participated in Semester in the West as a sophomore. After receiving a $3,000 grant, Hupper and a team of physics students designed Whitman's first student-built vertical axis wind turbine. She has interned for the chair of the New York City Council's Committee on Environmental Protection and the Environmental Protection Agency. 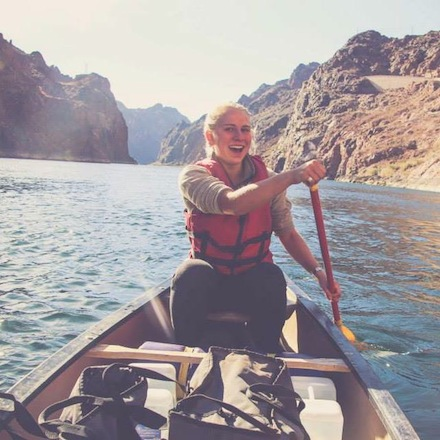 Hupper plans to pursue a career in environmental advocacy, with the goal of coupling "rigorous economic research with effective advocacy to help leaders craft policies that better address our unpredictable climate."

Established by the U.S. Congress in 1992, the Udall Foundation awards scholarships, fellowships and internships for study in fields related to the environment and to American Indians and Alaska Natives in fields connected to health care and tribal public policy. It provides funding to the Udall Center for Studies in Public Policy and to the Native Nations Institute to conduct environmental policy research, research on American Indian and Alaska Native health care and policy issues, and assessment, mediation, training and other related services through the U.S. Institute for Environmental Conflict Resolution.

The Udall Scholarship honors the legacies of Morris and Stewart Udall, whose careers had a significant impact on American Indian self-governance, health care, and the stewardship of public lands and natural resources.