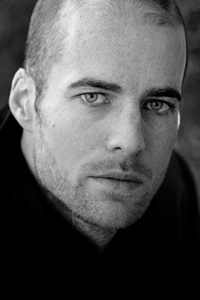 degraspg@whitman.edu
509-527-5796
A physical practitioner first, Peter grounds his work in an ongoing investigation of popping, waving, and street styles, which he first saw during raves of the late 90s and early 2000s. Since the close of his concert career, he has built on these formative experiences through intensive one-on-one study with Robin Rojas, Slick Dogg, and Megaman.

Peter’s early career began with training at San Francisco Ballet School and Juilliard, after which he danced professionally with American Repertory Ballet, Sacramento Ballet, and Spectrum Dance Theatre, where he was named a principal artist by Donald Byrd. Peter later joined Tanztheater Des Staatstheater Darmstadt, where he enjoyed a four-year term as a soloist.

Informed by German Tanztheater, spiritual esoterica, and film, Peter's choreographic practice grafts disparate movement vocabularies to voiceover and recitation in the making of small-scale performances for intimate venues. Peter has performed and presented choreographic work at various festivals and events in Europe, Asia, and North America. He also attends popping jams in the Pacific Northwest, where he is known by his battle moniker, “Sandman.” Peter holds a BFA from Juilliard and an MFA from Jacksonville University.
}