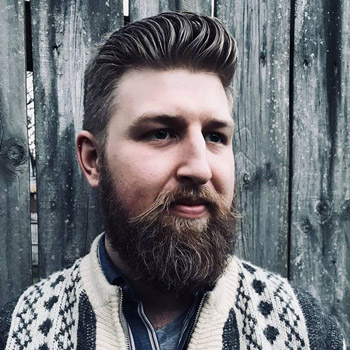 Aaron Chvatal joins the faculty of Whitman College after an exciting decade of traveling the country and designing costumes for a range of theater, opera, and dance productions. Based in Minneapolis for many of those years, he has designed for a broad mix of plays, musicals, and operas for companies like Theater Latte Da, Park Square Theatre, The Ordway Center for Performing Arts, and Minnesota Opera's Project Opera. He is especially proud of his work designing for theaters focusing on plays from the perspective of BIPOC individuals, such as the Penumbra Theatre Company, Theater Mu, Yellow Tree Theatre, and History Theatre. Regional opera credits include the world premieres of operas Mayo and Falling Angel, as well as six seasons as Resident Costume Designer for Opera on the James. Additionally, he worked as Costume Director and/or Designer for the Castleton Opera Festival, The Janiec Opera Company at Brevard Music Center, and the Seagle Festival. His most recent position was Resident Costume Designer for the University of Kentucky. He holds a BA in Theatre from Hamline University, and an MFA in Costume Design and Technology from the University of Missouri – Kansas City.