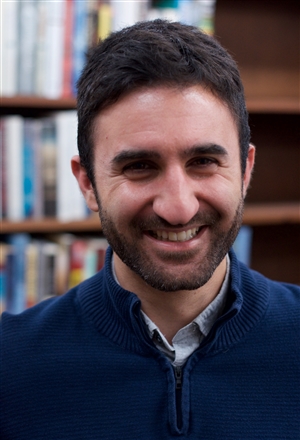 Arash Davari is assistant professor of Politics at Whitman College. His research and teaching interests include modern, postcolonial, and contemporary political theory; history and theory; aesthetics and politics; and state formation and social change in the Middle East, with a focus on modern Iran. He holds a Ph.D. in Political Science from the University of California, Los Angeles.

He is currently completing a book manuscript about the 1979 revolution in Iran. The manuscript identifies parallels between revolt in Iran and popular social mobilization since, situating the Iranian revolution in the context of global transformations in the 1970s while making a case for political theory from the periphery.

“ Like 1979 All Over Again: Resisting Left Liberalism Among Iranian Émigrés” in With Stones In Our Hands: Reflections on Racism, Muslims and U.S. Empire, eds. Sohail Daulatzai and Junaid Rana (Minneapolis: University of Minnesota Press, 2018)

“ On Democratic Leadership and Social Change: Locating Du Bois in the Shadow of a Gray To-come” in A Political Companion to W.E.B. Du Bois, ed. Nick Bromell (Lexington: University of Kentucky Press, 2018)

“A Return to Which Self?: 'Ali Shari'ati and Frantz Fanon on the Political Ethics of Insurrectionary Violence,” in  Comparative Studies of South Asia, Africa, and the Middle East, 34, no. 1 (2014), 86-105

The Art of Revolution, POL 301

Humanism between Europe and its Others, POL 312