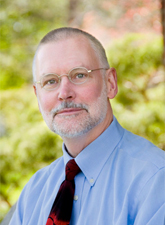 Kaufman-Osborn is the author of numerous articles and several books on topics including torture and the death penalty (From Noose to Needle: Capital Punishment and the Late Liberal State); feminist theory (Creatures of Prometheus: Gender and the Politics of Technology); the political theory of American pragmatism (Politics/Sense/Experience: A Pragmatic Inquiry into the Promise of Democracy); the discipline of political science; and, more recently, the governance of institutions of higher education.

In addition to holding the positions of department chair, chair of the division of social sciences, and chair of the faculty, for six years, Kaufman-Osborn served as Whitman’s provost and dean of the faculty. TK-O retired in 2019, and now holds the title of Baker Ferguson Professor of Politics and Leadership Emeritus.