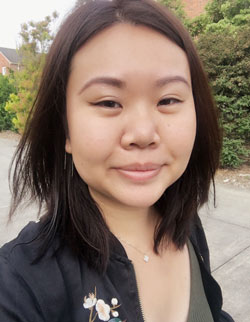 Wenqing Zhao is Assistant Professor of Philosophy and specializes in Chinese philosophy, bioethics, moral psychology, and philosophy of gender. She teaches seminars in global health ethics and gender issues in Asian philosophy. In general, she is interested in applied ethical issues in non-ideal and multicultural contexts. She takes an interdisciplinary approach to her teaching and research, drawing upon studies in law and public policy, cultural anthropology, and empirical psychology. Prior to Whitman, she has worked as a post-doctoral researcher and Associate Director of the Center for Comparative Philosophy at Duke University.

Professor Zhao was born and raised in mainland China. She is fluent in Mandarin Chinese and Cantonese. In addition to philosophy, she enjoys (not without guilt) video games, Japanese manga, stand-up and cross-talk comedy (xiangsheng 相声 in Chinese). She is also a seasoned scuba diver.