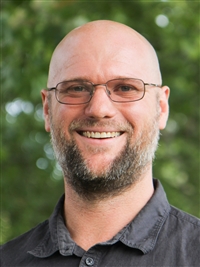 Patrick R. Frierson is Associate Professor and Department Chair in Philosophy. He teaches courses in the history of philosophy, ethics (including environmental ethics), philosophy of religion, and the philosophy of science. He focuses primarily in the history of modern philosophy, roughly from Francis Bacon and Marie deGournay through Hegel, Kierkegaard, and Nietzsche, with special emphasis on Immanuel Kant. His research has been supported by the National Endowment for the Humanities, the Earhart Foundation, and the Spencer Foundation. He has authored three books on Kant and was the editor of Kant's Observations on the Feeling of the Beautiful and the Sublime. Recently, Prof. Frierson has spent most of his time working on laying out the philosophy of Maria Montessori, best known for her educational system but also a sophisticated but largely ignored philosopher.

Professor Frierson has three children and loves hiking; he coaches Lego robotics at his children's school and teaches elementary children in his church.