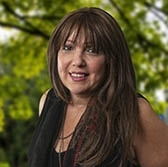 Elyse Semerdjian is Professor of Islamic World/Middle Eastern History and President of the Syrian Studies Association. She teaches a broad range of courses on the subject of gender, sexuality, social history, culture, and politics of the Middle East. A specialist in the history of the Ottoman Empire and Syria, she authored " Off the Straight Path": Illicit Sex, Law, and Community in Ottoman Aleppo  (Syracuse University Press, 2008) as well as several articles on gender, law, violence, and Armenians in the Ottoman Empire.

Semerdjian has received two Fulbright scholarships to fund her research in Syria. She has written the social history of the Armenians of Aleppo, focusing on the formative sixteenth through eighteenth centuries. She currently serves on the editorial board of the  Journal of Middle East Women's Studies and the Journal for the Society of Armenian Studies and recently finished her term as book review editor for the  International Journal of Middle East Studies. In the Spring of 2013, she was the Dumanian Visiting Professor in Armenian Studies in The Department of Near Eastern Cultures and Languages at the University of Chicago. Her article " Naked Anxiety: Bathhouses, Nudity, and Muslim/non-Muslim Relations in Eighteenth-Century Aleppo" was published in the International Journal of Middle Eastern Studies and won the Syrian Studies Association Best Article Prize in 2014. She was awarded a  Cornell University Society for the Humanities Fellowship on the subject of "Skin" in 2016-2017. Her recent article, “Bone Memory: The Necrogeography of the Armenian Genocide in Dayr al-Zur, Syria,” Human Remains and Violence (2018) offers a preview of her forthcoming book,  Remnants: Encrypted Bodies, Gender, and the Memory of the Armenian Genocide, under contract with Stanford University Press.

Select publications by Professor Semerdjian can be accessed on academia.edu

History 235: The Arab Spring in Historical Context
History 204: Syria: From Ruin(ation) to Restoration