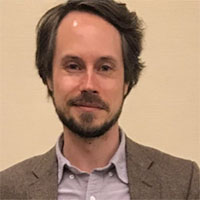 Robert Mottram teaches German language courses at all levels as well as courses on literature and culture in the long-19th century and beyond. His main research interests include aesthetics, literary theory, and Romanticism as a trans-historical problem. He completed his bachelor's and master's at the University of Montana and was awarded his doctorate from the University of Oregon in 2015.