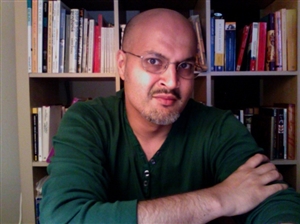 His second book, Illegitimate Freedom: Informality in Modernist Literature, 1900-1940 (Routledge, 2021) explores the links between informality—as an aesthetic, behavioral, and political model—and a wide range of British and anglophone modernist works.  Examining a particular aspect of informality in each chapter, this project investigates disgust and intimate playfulness, colloquialism, promiscuity, liberal traditions that champion “male freedom,” repeatedly revised selves, and before its concluding discussion of informality as a kind of ease with strangeness and its related risks.

Gaurav’s next book-project concentrates on the depiction of cosmopolitan solidarity with “failed” constructions (of the self, language, friendship, sexual relations, architecture, and community) in anti-colonial literature.  The project sees assertion and disagreement as crucial for a critically energetic solidarity.

The recipient of the Dublin Award for the Study of Global Multiculturalism in 2008, and the George M. Ball Award for Excellence in Advising in 2016, Gaurav worked as the Director of Whitman College’s Encounters program from 2013 to 2015, and was the college’s founding Institutional Representative for the Scholars at Risk network.