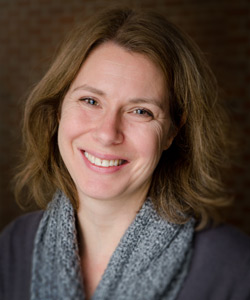 Johanna Stoberock earned a BA from Wesleyan University and an MFA in Fiction from the University of Washington, where she was the recipient of the James W. Hall prize for fiction. Her novel, City of Ghosts, was published by W.W. Norton. Her short fiction, essays, and reviews have appeared in Copper Nickel, Front Porch, Better: Culture & Lit, the 2014 Best of the Net Anthology, and The Seattle Times, among other publications. A 2012 Jack Straw Fellow, 2013 Artist Trust GAP award recipient, and 2016 Artist Trust LitEDGE alum, she has received residencies at the Corporation of Yaddo, the Vermont Studio Center, and the Millay Colony. Johanna has taught creative writing at the University of Washington, the Wesleyan Writers Conference, and the Washington State Penitentiary.

In addition to her work as a writer and teacher, Johanna has extensive experience in both magazine and book publishing. She has worked as a book editor for William Morrow, Scribner, and Grove Atlantic, and as a research editor at numerous magazines including Men's Journal and Rolling Stone.

To read more about Johanna's writing, visit her website at johannastoberock.com