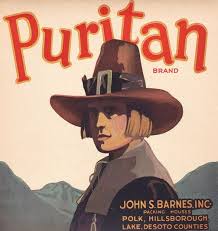 Christopher Leise earned his PhD at SUNY-Buffalo in 2007. He then taught at Plattsburgh State University (SUNY), where he spent hours staring over Lake Champlain looking for Champy, its certainly not mythical lake monster. He did not see it. Delivered to Walla Walla's comparatively mild winters in 2009, he serves as a specialist in modern and contemporary multi-ethnic US literatures, colonial American literature, and American Indian literatures from pre-contact to the present. He is currently an associate professor.

The proud father of three very ticklish children, Christopher perhaps invests more emotion into the outcome of New York Giants and Yankees games than befits a grown man. Along with the survey of twentieth-century American literature and introductory literature courses, he teaches contemporary multi-ethnic American fiction, Iroquois literature, literary theory, and Encounters. He tries not to spend too much of his time on email, owing to the aforementioned children (not to mention the Yankees and the Giants), but you should feel free to write him anyway if you have questions about his classes, the English department, or Whitman College generally.

Christopher’s newest book is The Story upon a Hill: the Puritan Myth in Contemporary American Fiction (U Alabama P, 2017); prior to that, he co-edited two essay collections: Pynchon's Against the Day: A Corrupted Pilgrim's Guide (Delaware UP, 2011), and William Gaddis, "The Last of Something" (McFarland, 2010).  He has also published essays in such journals as African American Review, MELUS: Multi-Ethnic Literatures of the US, Philological Quarterly, and Studies in the Novel. His book reviews have appeared in American Book Review and The Electronic Book Review. Currently, he is directing his attention to projects regarding Haudenosaunee (Iroquois) literary history.

Professor Leise won a 2014 Graves Award in the Humanities for excellence in blending teaching and research and has been awarded eight Whitman College-sponsored grants and awards for student-faculty research collaboration. Alongside co-authoring a peer-reviewed paper with Whitman student Eleanor Gold ('11) and giving a conference paper with Brandon Hunzicker ('15), he has also taken students to Boston, New York, Philadelphia, and Salem, MA on research trips.