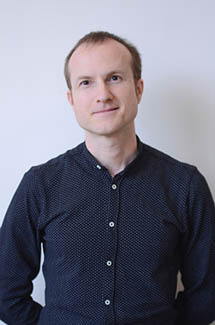 I was born in Rochester, NY to a two-chemist family. I attended college at the University of Michigan, where my love of transition metal-containing enzymes began. From my sophomore year until graduation, I worked with Prof. Vincent Pecoraro, studying synthetic models of the active sites of manganese-containing enzymes and the fundamental chemistry of manganese in high oxidation states. I graduated in 1993 with a B.S.--Chemistry (Honors) and a B.S. with a concentration in Cellular & Molecular Biology.

After a brief internship at Abbott Laboratories, I attended graduate school in Chemistry at Stanford University.  There, I worked w/ Prof. Edward Solomon on the chemistry of a copper-containing enzyme in human blood called Ceruloplasmin, as well as its yeast homolog called Fet3p. I developed expertise in many areas of optical and magnetic resonance spectroscopy, in protein chemistry, and in air-sensitive technique. I also developed my love of teaching:  I mentored several undergraduates in the lab, I was a freshman/sophomore academic adviser for three years, and I taught for two summers in the Stanford Summer Science & Math Institute (a program for incoming freshman predominantly from underrepresented minority groups interested in science and engineering).

After graduating in 2000, I went to the Biochemistry Department of the University of Wisconsin, where I was a National Institutes of Health postdoctoral fellow in the laboratory of Prof. John Markley. There, I developed novel methods for obtaining nuclear magnetic resonance (NMR) spectra of proteins that contain paramagnetic transition metal ions--a type of system that is generally considered to be difficult or impossible to study by NMR.

In 2003, I returned to Rochester, NY (didn't learn that lesson the first time...) where I began my first faculty position in the Department of Biochemistry and Biophysics at the University of Rochester. I began using a technique called "directed evolution", which is a type of high-throughput random mutagenesis that can allow one to "evolve" novel properties in proteins. I used this technique to modify a copper-containing enzyme called Tyrosinase for improved activity towards chlorophenols, which are common pollutants in wastewater, particularly from the pulp and paper industry. The eventual goal is to demonstrate that such a modified enzyme could be applied to remove pollutants.

At Rochester, I realized that I badly missed teaching and working with undergraduates. So, in 2006 I joined the faculty in Chemistry at Whitman College. Here, I am continuing to work on mutagenesis of metal-containing enzymes with possible applications in the remediation of pollutants.

In my (largely hypothetical) free time, I enjoy hiking, cycling, skiing, cooking, and listening to 20th-century classical music. I have also, on occasion, been known to play violin and viola.