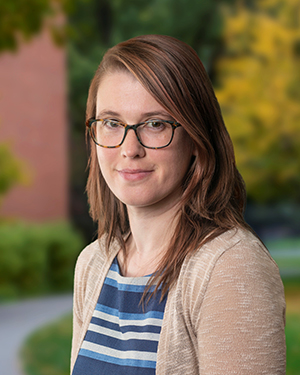 Antonia Keithahn (she/her/hers) joined Whitman College in 2015, and moved into her current position in 2017. She views her role within a social justice context and her long-term goal is to bring greater awareness to access barriers on our campus so that they can be acknowledged and dismantled. Antonia's background is in secondary education, having received a Master's in Education (in Curriculum and Instruction) from the University of Illinois in 2013. She also holds a BA in History from Reed College after a disastrous attempt at a combined Chemistry-Art major that lasted about a semester and a half before collapsing entirely. Away from the office, Antonia enjoys several hobbies including embroidery, roller derby, singing and playing guitar, intersectional feminism, and comfortable pants.